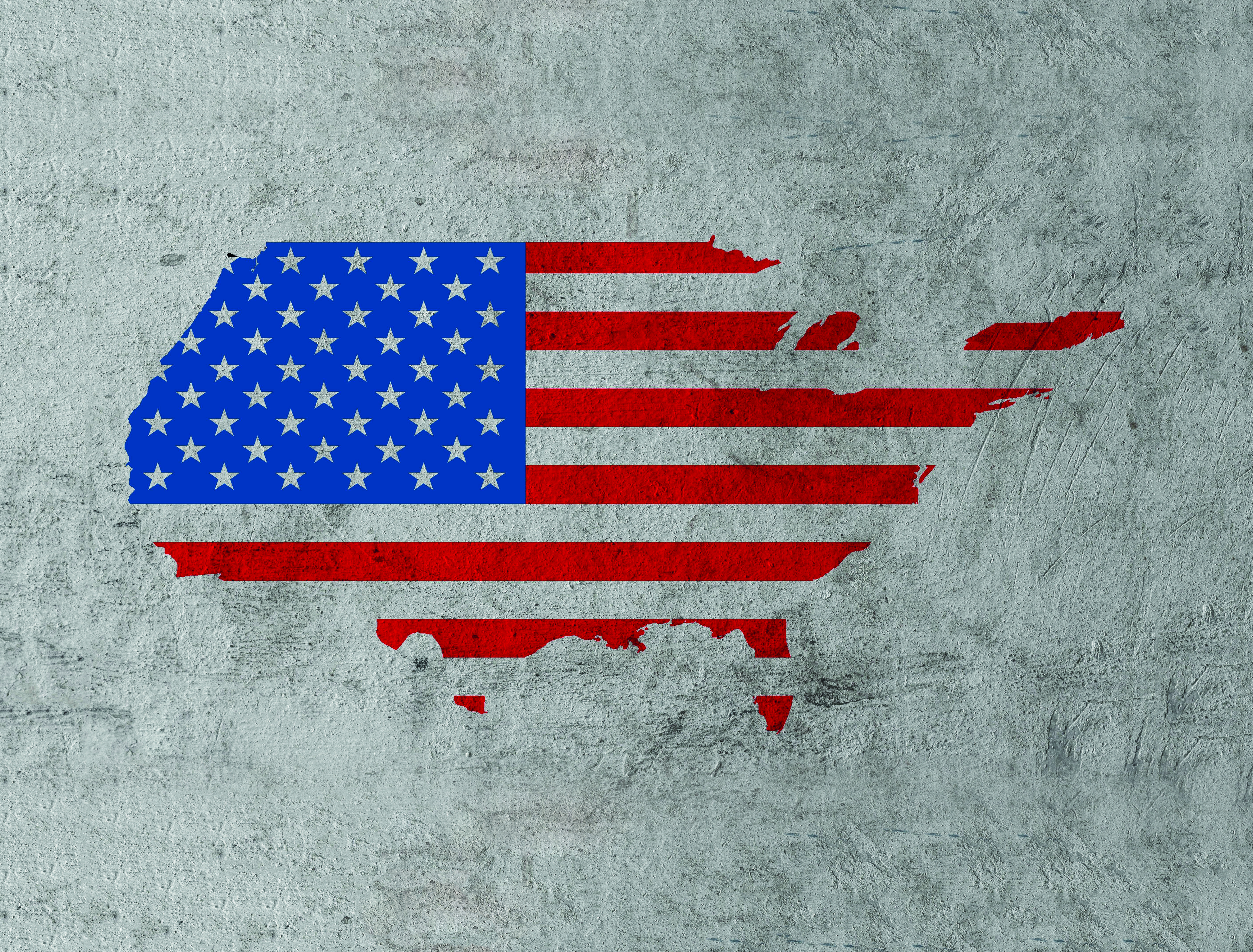 De Cecco, Granoro, Cocco, Garofalo. These are just a few Italian pasta factories using raw material from the United States in combination with Italian wheat for their products. Considering that Italy is the world leading pasta producer and exporter in the world, this gives an idea of the role of the United States’ wheat production on a global scale. For instance, Garofalo and Rummo use wheat from Arizona, while De Cecco from California and Arizona.

Some brands do not name specific American states, while many others simply indicate that their pasta is made with EU and not-EU wheat.

This trend is growing, and may grow even further. On 30 January 2020, the Agricultural Affairs Office of the US Embassy in Rome organised a Pasta Cooking Presentation in which Chef Antonello Riva and US Secretary of Agriculture Sonny  Perdue prepared three typical Italian pasta recipes.

Namely, 1) pasta alla gricia with American guanciale and courgettes; 2) pasta cacio e pepe; and 3) rigatoni with Bolognese sauce, made with Black Angus from the Creekstone Farms. Needless to say, they used pasta containing American durum wheat. Durum wheat is one of the most exported products from the US to Italy, since Italy is not able to produce all the wheat necessary to cover its needs. Is this going to endanger the “Made in Italy” brand?

The myth of origins

Il mito delle origini (“The myth of origins”) is the title of a recent book by Massimo Montanari, one of the most important scholars in Food studies. This little and exciting study focuses on the history of the famous “spaghetti with tomato sauce” recipe, and aims to prove a point: even a cornerstone of Italian cuisine today became “Italian” due to a complex series of events. Its origins are anything but Italian, though: dried pasta came from the Middle East, tomato from America, the idea of pasta as a main dish from Naples (not because it was tasty, but because of hunger).

In this sense, making pasta with wheat from the States should not be seen as a “dangerous” sign. It is an obvious result of today’s food systems, with pros and cons.

Wheat is the third most-grown crop in the United States, after corn and soybeans (ca. 55 million acres). Arizona is one of the most important actors within this scenario, alongside California, North Dakota and Montana.

Until fifty years ago, the wheat produced in Arizona was not particularly high quality. It had low protein content and was mainly used for cattle breeding. In 1974, however, Albert E. Carleton co-founded with Bill Corpstein the private plant breeding firm Western Plant Breeders (WPB), and later the Arizona Plant Breeders (APB). By crossing several varieties of durum wheat, they created one that possessed a strong gluten trait and was particularly suitable for cultivation in the desert by means of irrigation. This variety was named WestBred 881.

Soon after, they took samples of WestBred 881 to Italy and signed production contracts with important Italian pasta companies. Desert durum had a promising a future ahead.

Pasta from the desert

The technique of drying pasta likely originates from Persia, and this practice was perfected by the Arabs when they conquered those lands during the seventh century AD. As the Caliphate extended from East to West and to the North, the practice spread in the newly-conquered regions: Sicily, Al-Andalus, Maghreb. The long journey of pasta thus began in the large plateau stretching from the Tigris Euphrates River valley to the East, while an important part of its history is now played by the American deserts. Desert durum is rich in protein and gluten, and its flour is characterized by an intense yellow colour. Nowadays it is among the most demanded and expensive wheat varieties in the world. It is cultivated in the low deserts and river valleys of southern Arizona and southern California, where the territory’s weak spot (scarcity of rain) has gradually become its strength. Farmers can dose the required amount of water with extreme precision thanks to irrigation. Desert durum is planted between November and February and then harvested between May and July. It is mostly marketed by firms such as Barkley Seed Inc., Arizona Grain Inc. and Dunn Grain Inc. About 50% of the annual desert durum crop is exported, and Italian companies are the largest importers.

The Us and the global market

Climate change, high demand and ecological sustainability require many countries in the world (starting from Italy) to resort to American durum wheat to achieve the pasta production required for the domestic market and for export. One can go as far as to say that one in three packs of Italian pasta is made with grain coming from abroad, and there is no specific requirement to indicate its origin. Durum is the fifth largest class of wheat grown in the US (ca. 1.6 million metric tons are produced every year on average). Northern durum is grown in Montana, North Dakota and Minnesota. American durum is produced and delivered “identity-preserved” to the markets. This means that the unique traits of each variety are maintained at all times, from sowing to harvest, and then when they are transported, processed and shipped. The United States Department of Agriculture (USDA) report of October 2022 states that wheat prices remain elevated due to uncertainty in the market, to the war in Ukraine which disrupts trade flows in the Black Sea region, and to the decline in the stocks of major exporters. The United States have larger storage capacity than several other exporting countries in the world, even though its stocks are expected to reach the lowest peak since 2007/2008.

Wheat production (especially of Hard Red Winter wheat) has declined because of dry conditions in the Southern Plains.

Considering that Russia and Ukraine export roughly 30% of the world’s wheat, and despite the fact that Russia has had a record production (ca. 95 million metric tons), the situation in the Black Sea region is going to massively affect the logistical capacity to export the crops. While the United Nations have recently established
a grain corridor in the Black Sea, the escalation of the war is still a critical factor. Even though Russia could theoretically export up to 42 million metric tons of wheat this year, companies are hardly going to do business with Putin.

“Although food supplies are exempt from Western sanctions in the interests of combating food insecurity, bankers and insurers are wary of doing business with Russia, while shipping lines are reluctant to risk sending their vessels into a conflict zone”, remarked Alexandra Prokopenko, an independent analyst. As an article of Businessinsider.com reads (September 23, 2022), “a perfect storm of economic conditions is keeping (Russia’s record wheat harvest) from being exported”.

Aside from logistical bottlenecks, a major role is played by higher government export taxes and the strength of ruble. This economic and political conjuncture is going to eventually favour the role of other exporting countries such as Brazil, Argentina, the United States and Canada.

The president of Italgrani USA (based in St. Louis), North America’s largest semolina and durum flour miller, recently stated that “Prices are quite a bit elevated from what they were at the end of June and the fears that
everybody had at that point have come to realization”. This, he observed, is going to result in higher costs at grocery stores. Climate change is a critical factor in durum production, obviously. Severe drought conditions have hit Canadian prairies as well as North Dakota, among others.

The US harvest has been the smallest in the last sixty years, and similar data have been observed in Canada, where the output of durum has shrunk by ca. 50%. Therefore, durum prices have risen by up to 60% in the province of Alberta, for instance. However, higher prices have not reduced the consumption of pasta.

“Even at a higher price”, Neil Townsend, chief market analyst at FarmLink in Winnipeg, observed, “(cereals) are still going to be a cheap carbohydrate and people are going to buy it”. As a consequence, “I don’t think we’re going to see a real dip in demand in North America”, he continued. Yet, this requires that we reflect deeply on what the future holds. The Weekly Weather and Crop Bulletin of 12 October 2022 states that “Despite the benefits of dry weather with respect to summer crops, many key winter wheat areas lacked moisture for even
emergence and proper establishment”. In this sense, wheat breeding is going to be a key resource to outpace the rise of temperatures and all related weather anomalies.

A race against the clock

A recent article published in “Nature” (Tianyi Zhang et al., “Climate change may outpace current wheat breeding yield improvements in North America”, September 2022) has focused on the challenge awaiting mankind with regards to variety adaptation to future climate for wheat. The researchers observed that in North America, from 1960 and 2018, yields declined by 3.6% per 1°C warming for advanced winter wheat breeding line, while they declined by 7.5% for advanced spring wheat breeding lines. This data suggests that the adaptation progress is still lagging behind global warming. A potentially alarming observation, if one considers that “severe to extreme drought affected about 26% of the contiguous United States as of the end of September 2022”, reads the Palmer Drought Index.
“Adaptation” is going to be this generation’s most important word. Human beings, animals, plants: all life forms will need to adapt to climate change effects. Germplasm scientists and agronomists are already developing heat-tolerant wheat germplasms. “The United States will work with every nation, including our competitors, to solve
global problems like climate change”, President Biden has remarked a few weeks ago before the 77th Session of the United Nations General Assembly. Adaptation and cooperation.
Maybe, this generation’s most important words are likely to be two, on second thought.

Postdoctoral Researcher, Interuniversity Research Center “Seminary of the History of Science”, University of Bari; Lecturer in Anthropology of Food Department of Agricultural and Food Sciences - University of Bologna