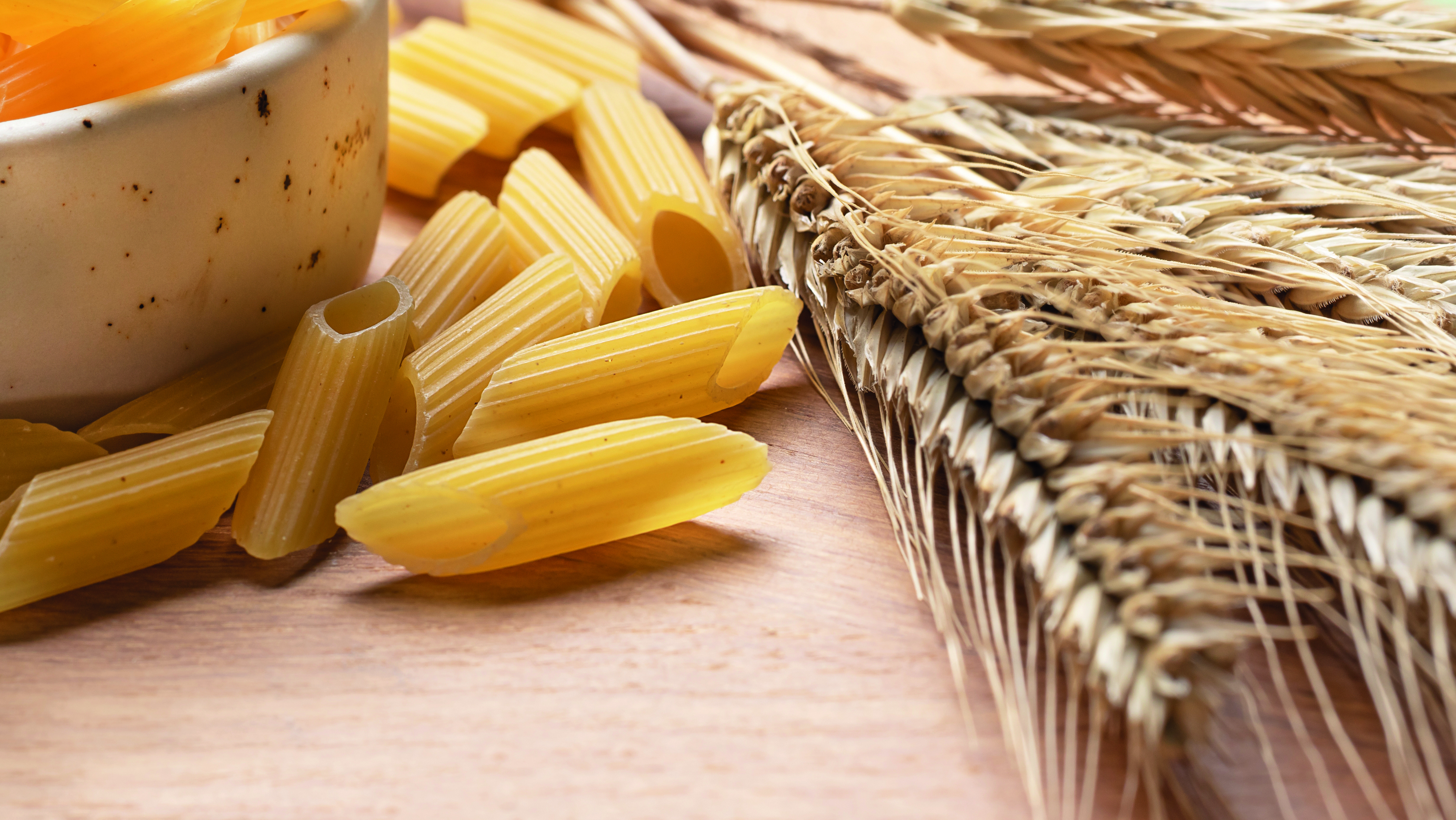 Data and contents reported in this article are updated to December 6, 2022

The past year has been particularly intense for agricultural markets, as adverse weather, an unstable geopolitical context, energy inflation and logistical bottlenecks have caused great waves of volatility on most agricultural commodities. As shown in the Figure below, durum wheat was no exception.

In summer 2021 a severe drought caused production in Canada to drop by 54% to the historically low level of 3.0 Mt, igniting an unprecedented price rally where quotations peaked at historic records. As Canada is the source for more than 50% of global imports, the sudden drop in production caused a supply shortage. Despite durum wheat being a commodity for which demand is quite inelastic, the market tried to adapt to the supply crunch. In Italy, in 2021, pasta consumption decreased by almost 7% compared to 2020 and by 3% compared to 2019. In May 2021, Turkey approved an amendment expanding the list of destination countries for pasta containing a percentage of soft wheat. In the USA, durum food usage decreased by 10% compared to the previous MY. However, despite these adjustments, the tight supply caused prices to soar (+82% between June and October 2021 on Bologna exchange) and ending stocks to shrink in importing countries (mainly Italy and North Africa) in order to meet demand. 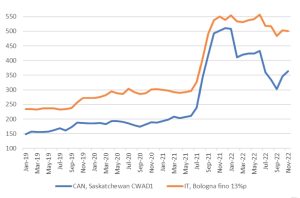 In June 2022 and throughout the summer prices finally started to decrease, as Canadian crop conditions improved and pushed production outlook above 6 Mt in August from the initial forecast around 5.5 Mt. Nonetheless, Italian prices were quite stiff in their downward trend: while Canadian prices dropped by 33% between June and September, Italian exchange decreased only by 13%. This rigidity was caused by two main factors:

All the above mentioned variables will have to be closely monitored in order to have a better understanding of farmers’ planting choices, both now in the Mediterranean and in North America next spring, as they will be pivotal to determine the future price trends in the durum wheat market. In the meantime, the tight global balance sheet is still the main factor causing the market to be susceptible to external events as well, making it more prone to high volatility as a reaction to any type of endogenous or exogenous shock.

The durum wheat between doubts and certainties towards 2023