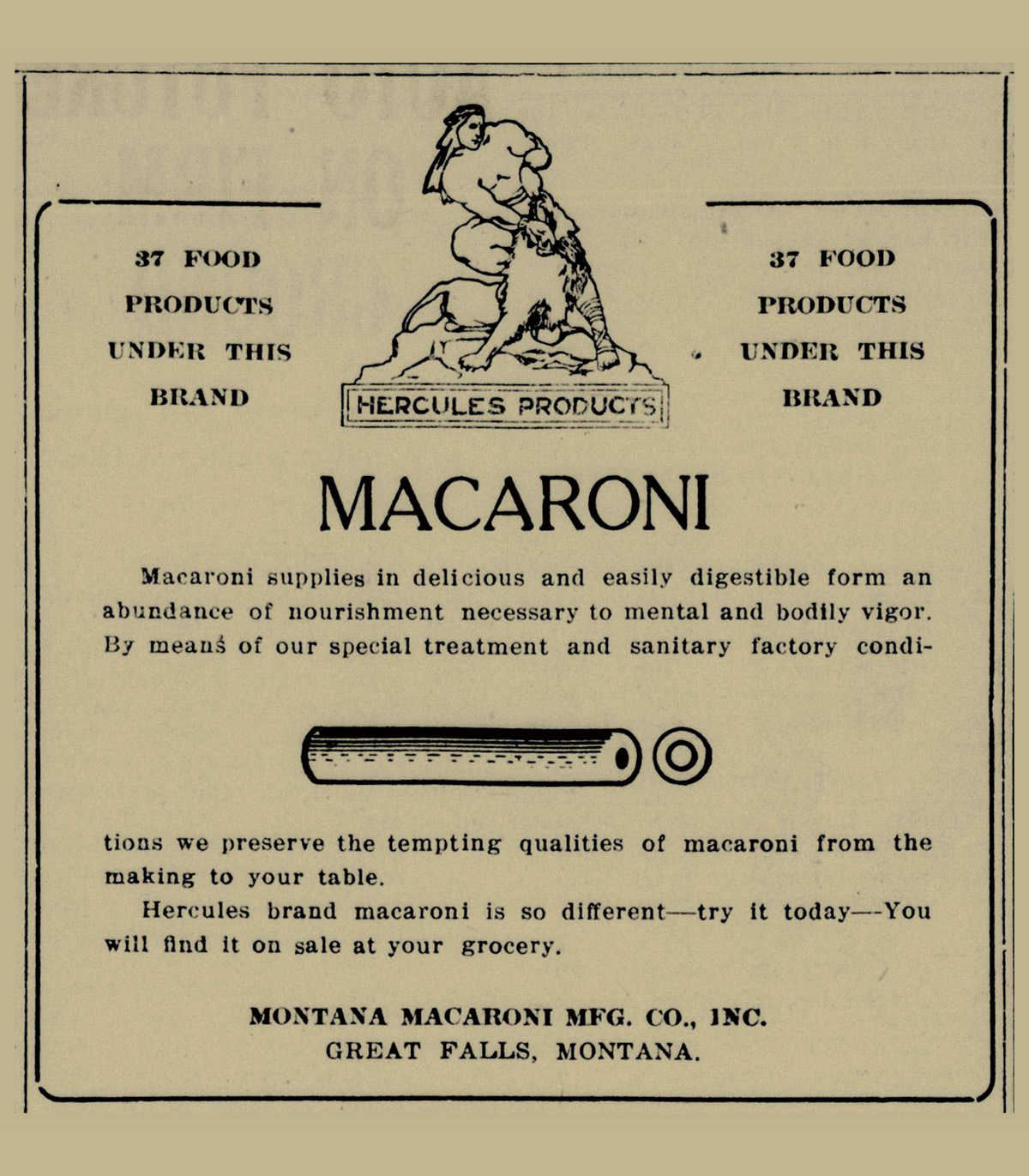 In 1916, Montana Macaroni Mfg. Company built a factory in Great Falls, Montana with Joseph Magagnini at the helm.

Magagnini had experience in the business as former president and manager of a pasta factory in Tacoma, Washington. In January 1917, the factory began production with state-of-the-art equipment, including a hydraulic instead of mechanical press, and was able to make 8,000 pounds in one shift. The company claimed to be the most technologically advanced factory “West of the Twin Cities” (Minneapolis-Saint Paul) and could supply enough pasta for “All the Rocky Mountain States” (Colorado, Idaho, Montana, Nevada, Utah and Wyoming). When it opened, it was the second pasta factory in operation in Montana, the other being Imperial Macaroni Mfg. Company in Butte. It was also the second in Great Falls, the first opened about 20 years earlier, but went out of business as it only catered to a limited Italian-American market in the area. Magagnini had ambitious plans for manufacturing and marketing. Initially, Montana Macaroni could produce 37 varieties of pasta, but the intention was to expand to 77. Magagnini knew most Americans were familiar with basic varieties, such as macaroni, spaghetti, vermicelli, noodles, alphabets and elbows. His strategy was to offer Italian-Americans more types they were accustomed to and introduce others to the many varieties offered in Italy. This meant educating the uninitiated in both the types of pasta and proper preparation. In fact, Magagnini was aghast at the mere thought that someone would “bake pasta” or “cut it when cooking”, both common practices used by Americans at the time. Magagnini also focused on the health aspects of pasta by using bold advertising claims such as, “An abundance of nourishment necessary to mental and bodily vigor” and “Rich in gluten, strong in nutritive value – a builder of flesh, bone and blood”. Slogans like these were likely the impetus for selecting Hercules as the brand, invoking an aura of strength and vitality. Montana Macaroni only lasted a few years. What happened to the company was unknown; the building was repurposed in 1919. Perhaps, Magagnini was too far ahead of his time. In 1996, seventy-seven years after Montana Macaroni, the history of manufacturing pasta in Great Falls began again with Pasta Montana, a company focused on making high quality pasta.

Pasta consumption during the lockdown