Celiac disease, a permanent intolerance to gluten, manifest itself following ingestion of wheat gluten proteins in genetically predisposed subjects. Consumption of little gluten amount causes damages to the intestinal mucosa of the celiac person in which a villi flattening and a losses of their capacity to absorb nutritional substances is observed.

a) all types of bread and food prepared with wheat flour, rye, barley, triticale, kamut and oat or with ingredients from these flours;
b) food that contain wheat or derivatives of gluten used as thickeners, such as hot dogs, salad dressing, sauces, canned, some types of cheese and cold cuts;
c) medicinal products that use gluten as binder in the pills or tablets.

Gluten is a viscoelastic mass that is formed by mixing a wheat flour with water. From nutritional point of view gluten exclusion does not entail particular problems, because it is a mixture of proteins in low nutritional value.The difficulty in the exclusion of gluten derives from the fact that the gluten proteins are proteins with high technological value and their products are the source of most carbohydrate that enter into the composition of a wide range of food commercially available (bread, pasta, biscuits, snack etc.).

Scientific studies describe that the gluten-free diet in celiac guarantee the disappearance of symptoms, normalization of biochemical tests and recovery of intestinal mucosa, on the other, however, show an increased risk of developing obesity and diseases related to metabolic syndrome (Kabbani et al., 2012).

The cause of the increased risk to developing obesity for those who adhere strictly the gluten-free diet is to be found in the fact that gluten-free food currently on the market (bread, pasta and biscuits) are products with a high glycemic index (Berti et al., 2004) and high caloric power. Several epidemiological and clinical studies agree with the point that the daily intake of food with high glycemic index (indicator of the ability of carbohydrates to increase blood glucose) is directly associated with the risk of developing diseases related to metabolic syndrome (Livesey et al., 2013; Liu et al., 2000; Brand-Miller et al., 2002).

The preparation of gluten free pasta 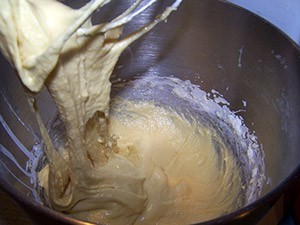 In view of this we ask what is the reason why food and gluten free pasta show a high caloric power and high glycemic index.

The reason is to be found in the raw material and in the technological processes.

The preparation of gluten free pasta is a process somewhat difficult, as the gluten present in wheat pasta contributes to the formation of a strong protein network that during cooking, slows the absorption of water by the starch granules, wraps them reducing the spill of soluble starch and conferring tenacity and elasticity to the pasta.

The use of gluten-free raw materials, for the preparation of pasta, requires the modification of the traditional pasta-making processes so as to make the starch present in the gluten free flour, the structuring element. In fact, the starch, if combined with water at a temperature between 60 and 80° C increases in volume, swelling, in a process called gelatinization. This process increases consistency of the product by completing, with less prestige, the dough viscoelastic properties due to gluten.

Among the different types of flours, present on the market and rich in starch, corn flour is one that is best suited to this type of physical-chemical process.

The corn starch is polysaccharide composed of amylose and amylopectin, present in the original product in the percentages equal to 20-30% and 70-80%, respectively.

The amylose is a linear polymer of glucose in which the glucose units are held together by a (1®4) bonds.