Wheat rust, a family of fungal diseases that can cause crop losses of up to 100% in untreated susceptible wheats, is making further advances in Europe, Africa and Asia, according to two new studies produced by scientists in collaboration with Fao. 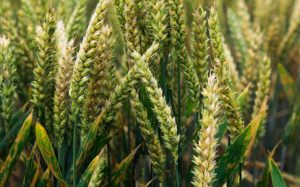 The reports, highlighted in the journal Nature following their publication by Aarhus University and the International Maize and Wheat Improvement Center (Cimmyt), show the emergence of new races of both yellow rust and stem rust in various regions of the world in 2016.
At the same time, well-known existing rust races have spread to new countries, the studies confirm, underlining the need for early detection and action to limit major damage to wheat production, particularly in the Mediterranean basin. Wheat is a source of food and livelihoods for over 1 billion people in developing countries. Northern and Eastern Africa, the Near East, and West, Central and South Asia – which are all vulnerable to rust diseases – alone account for some 37% of global wheat production.
«These new, aggressive rust races have emerged at the same time that we’re working with international partners to help countries combat the existing ones, so we have to be swift and thorough in the way we approach this», said Fao Plant Pathologist, Fazil Dusunceli. «It’s more important than ever that specialists from international institutions and wheat producing countries work together to stop these diseases in their tracks – that involves continuous surveillance, sharing data and building emergency response plans to protect their farmers and those in neighboring countries». 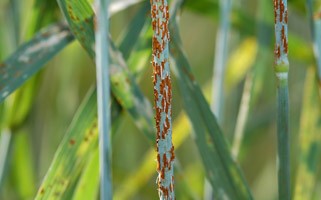 Wheat rusts spread rapidly over long distances by wind. If not detected and treated on time, they can turn a healthy looking crop, only weeks away from harvest, into a tangle of yellow leaves, black stems and shriveled grains.
Fungicides can help to limit damage, but early detection and rapid action are crucial. So are integrated management strategies in the long run.

Italian cuisine and handicraft playing a leading role in Switzerland

How to get a perfect filling