The World Pasta Day comes of age: 18 ago the first, historic edition took place in Naples and the date of 25 October was fixed to celebrate the food symbol of the Mediterranean diet. 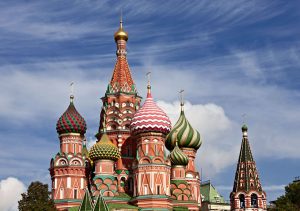 In 2016, two scientific research are bounced on the media and on social networks around the world: an Italian study has busted the myth for which the pasta would make you fat (see also the editorial), while American researchers have discovered the existence of the taste of the pasta, the amidoso, associated with the taste of carbohydrates.

The World Pasta Day by assembling pasta manufacturers from all over the world, together with supply chain representatives, scientific and economic opinion leaders, food media and bloggers is an opportunity to show and celebrate the nutritional values of a kind of food that is now present on every continent in the world and accessible to every social group.

The boom of pasta in Russia 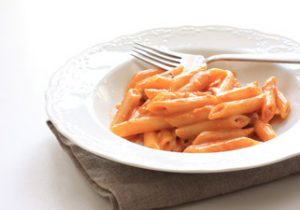 This year, the Event took place in Moscow. Why? «The challenge is to bring it into contact with the local culture», explained Riccardo Felicetti, president of the International pasta organization (Ipo), a kind of “Pasta Uno” founded in 2005 for the promotion and protection of pasta culture and healthy food.

The choice to celebrate this event in the capital and most populous city of the Russian Federation was probably made to represent a growth market and remember the importance of this Country in the history of pasta.

Because the myth of the pasta is born in the Nineteenth century, also thanks to the precious wheat to the Russian, that the pasta makers to Italian of Naples, Gragnano, Torre Annunziata and Imperia were sent via ship from the Black Sea.

The spread of pasta in Russia is amazing. Ipo reveals that in 2015, they were eaten 1.106.000 tons, for a per capita consumption of 7.8 kg per annum. According to a study by Romir Monitoring, now consumes 94% of the population, with a strong preference (79%) to that of durum wheat.

But there is still much to do for a product that is still affected by a strong seasonality (the consumption is concentrated primarily in the summer) and that can still happen to be proposed as a side dish.

For Felicetti, «The Russian consumers in Moscow and St. Petersburg are the most “evolved”. For them, the durum wheat pasta is an excellent product at an affordable price. The merit goes to the reputation of the Mediterranean diet and the charm of the Italian cuisine. A situation very different from the Eighties – he remembers – when I started the first large exports of pasta to the Russian market. At that time, it was regarded merely as a food, cheap and nutritious. Now the cost has remained more or less the same, but the perception of the product is changed. And for the better. The next challenge will be to get pasta to meet with the local gastronomic tradition».

To start winning this challenge, on the 25th of October, Ipo and the Italian association of confectionery and pasta industries (Aidepi), in partnership with the Italian Trade Agency in Moscow, gathered in the shadow of the Kremlin over 200 pasta makers all over the world, representatives of the industry, opinion leaders from the scientific, economic, media and bloggers, to celebrate the pasta and the nutritional qualities of this natural and wholesome food, consumed now in all the continents, and accessible to all social classes.

Top chef were also at the event. Vladimir Mukhin and Davide Scabin (who has launched the cooking green pasta in a pressure cooker), talked to the public about the potential and about the variations of pasta in the Russian cuisine. And the Italian chef in Moscow, Valentino Bontempi prepared a revised version of Penne with vodka.