LAST NEWS
GMT+1 13:44
Home Features The future of pasta all around the world 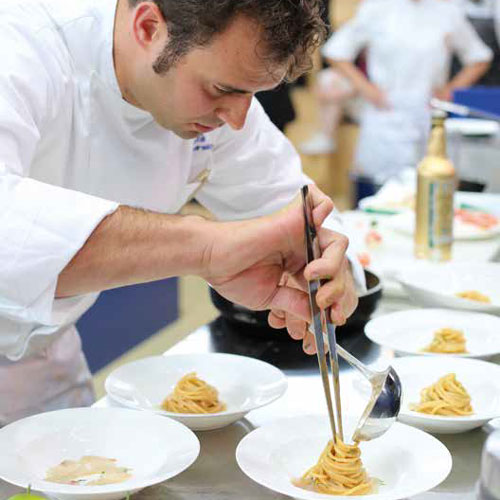 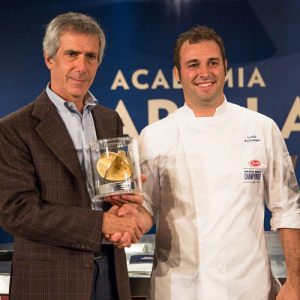 These are just some of the cues from competing recipes in the Pasta World Championship 2017, the international competition among young chefs organised by Barilla The sixth edition took place in Italy last September. In three days, 20 young chefs from all over the world gave the best of therselves competing with their creative interpretation of the world’s best-loved Italian dish.
The theme of this year was the future of pasta. Beating 19 competitors from 15 countries and 4 continents, the winner was Accursio Lotà, born in Sicily and a bright career in San Diego (Usa) with his dish “Seafood Carbonara”. 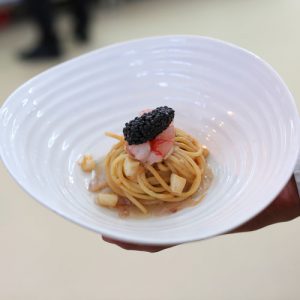 The pasta dish which won the competition

Lotà, 32 years old, was born in a small rural town. He has always known he wanted to be a chef and after graduation, he was given the opportunity to work at the Four Seasons in Milan with Sergio Mei. At the age of 22 he moved to California where he experienced serving a meal to President Obama. After a period in Italy he went back to sunny California and he’s today he’s chef at the “Solare” restaurant in San Diego, where he was elected Best chef in town from 3 years consecutively from 2014 on.

Eggs: an ingredient that “makes the difference”

Aidepi replies to The Wall Street Journal: «Pasta is not fattening!»