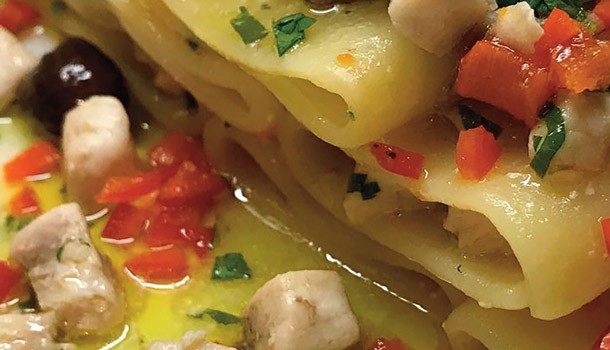 Setaro, when tubes are tubes

Many people think that the most famous production district of Italian pasta is in Gragnano (Naples), where the only PGI product for durum wheat dry pasta is produced. However, the most experienced in the sector know that in the past, and precisely at the beginning of the twentieth century, there was an even more fervent producing area which competed with the Gragnano area. In fact, if you have the patience and pleasure of watching a movie starring Totò and Peppino in 1962 (Totò and Peppino divided in Berlin), the taste of competition between these two districts emerges clearly with the unique taste of irony of these two actors: Totò: «What do you do, pasta?». Peppino: «Two tubes». Totò: «Ah, these are tubes». Peppino: «From Torre Annunziata».

Say yes to quality, not quantity

Totò: «I think it’s from Gragnano. Gragnano, that’s true, yes. So today we eat pasta». Peppino: «I eat pasta». Totò: «And I’m in». Both are special anyway, especially when two hungry Italians are abroad, in rather complicated conditions. Let us read the excerpt of an article that appeared in the Avanti! newspaper on 27 April, 1904: “Torre Annunziata lives on the pasta industry. The grains arrive from Russia on steamers; three hundred port workers unload them; five hundred millers reduce them into semolina, in fourteen steam mills; eight hundred pasta makers transform semolina into pasta in fifty-four pasta factories; two hundred mechanics, stokers and carpenters operate and fix the machines; as many charcoal burners supply fuels from the sea; three hundred men from the “caravan of the square” provide external services with handcart; one hundred carters take pasta to Naples; fifty porters of the railway “crew” load it onto the trains; fifty “lanzaiuoli”, on boats called “lanze”, take it by sea in small lots; and the above described port workers who supplied the raw material, i.e. the grain, now receive the return product and embark it on the large ships that will take it especially to America”.

From pasta drying to stabilization