LAST NEWS
GMT+1 10:25
Home Features Oregano: the greener (is not usually) the better!

Oregano: the greener (is not usually) the better!

Whether as a main component in preparations such as “pasta all’origano” or as an essential ingredient in sauces, pizza, and meat, oregano is undoubtedly the aromatic herb queen of the Italian cuisine, as well as the most marketed in the world for about 14,000 tons per year.
The main species used to produce dried oregano are the O. Onites, typically from Turkey (major world producer), Greece and Sicily, and in smaller quantities the O. Vulgare, widespread in Peru, Eurasia and less in the Mediterranean region.

This spice is commonly used in pasta sauces 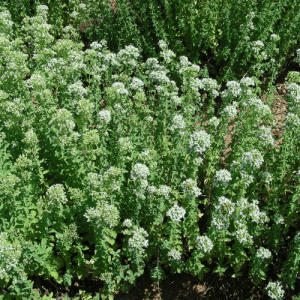 Sometimes the so-called Mexican oregano is referred to and sold as oregano: it is a completely different plant, named Lippia Graveolens, very much used to add flavour to the Mexican and South American cuisine.

The commercial value of the oregano is tightly linked to its intense aroma, released by the essential oils encapsulated in the small oregano leaves. The prevailing essential oils are the carvacrol (the flavour of our pizza!) and the thymol: in a pure, sterilized and well-kept product, their total value should be 2% or higher.