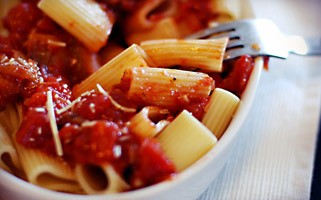 Nickel allergy affects 10-15% of the population, reaching 28% in women. It may make life really complicated, requiring dietary sacrifice and a constant caution for the objects used. Nickel, in fact, is an air- and water-resistant metal.

It is found in soil, water, and vegetal substrata, in concentrations that vary depending on the terrain, the level of industrial pollution, and pesticides or fertilizers employed. Today, hope comes from an initiative undertaken in Apulia, consisting in an exclusive experimentation for nickel-free tomatoes and pasta.

“Nickel Friendly” is the name of the project implemented with successful results in patients with reported history of systemic nickel allergy syndrome, who voluntarily decided to take the test of nickel-free tomato puree and did so with complete satisfaction and no side effect. And after nickel-free tomato and pasta, which can be produced on a large scale and commercialised in the next few months, it will be the turn of a controlled production of fresh tomatoes and pasta made of flour from selected grains low in gluten content. 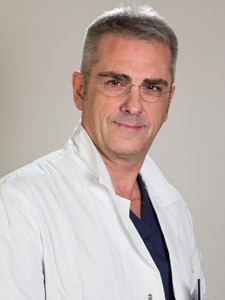 Mauro Minelli, first to work on the “Nickel Friendly” project

The project, focused on wheat and tomato – both foods containing high nickel concentration, particularly the latter – has been carried out by a research group, which previously worked at Lecce Local Health Authority, made up of researchers from the Department of Sciences of Soil, Plants and Food, University A. Moro, Bari, the Mediterranean Agronomic Institute, Bari, the Institute of Sciences of Food Production-CNR, and the Department of Innovation Engineering of the University of Salento, Lecce. The initiative is led by Mauro Minelli, a physician specialised in Clinical Immunology and Allergology, former manager of the IMID (Immune-Mediated Inflammatory Diseases) Centre at Campi Salentina Hospital (Lecce) and Professor of “General and Applied Hygienics” at Pegaso Online University. «We centred our study on pasta and tomato – the specialist explains – which are the foods most yearned for by the patients, since they are widely eaten by the Mediterranean population».

Nickel allergy can manifest itself as contact allergic dermatitis (CAD), or through another pathologic form, defined systemic nickel allergy syndrome (SNAS) since 2006. The latter is characterised by generalised disorders of different organs and systems, occurring isolated or in varying associations, and can affect the gastro-intestinal system (vomiting, diarrhoea or constipation, abdominal swelling), respiratory system (asthma or rhinitis), and neurological system (headache or neuroasthenic disorders). A cure – meant as administration of drugs that may defeat the allergy – does not exist. One can only avoid food and objects containing nickel. Unfortunately, the list of foods allowed is very short. «The project “Nickel Friendly” – Minelli confirms – arises from the original intention to provide valid and reliable solutions to the patient affected by SNAS who, in the most severe forms of the pathology, is compelled, against his/her will, to follow rather restrictive dietary regimens, which exclude the most widespread food items. We formulated a number of working hypotheses, with the common objective to produce fresh as well as processed food low in metal content and, taking into account technical and economic feasibility, we developed and accurately evaluated agronomic practices of food production, starting from the analysis of the farming land. In this way, we were able to produce low-nickel fresh tomatoes, tomato puree, wheat and pasta».