The climate of uncertainty which affects the global economic scene in the early 2017 is further accentuated. The first wake-up call was the Brexit vote in June 2016. Despite many declarations of support for the “Remain” campaign and despite election polls putting Remain ahead of Leave, right up to the last minute, Vote Leave won, taking virtually everyone by surprise, both British people and the whole world. 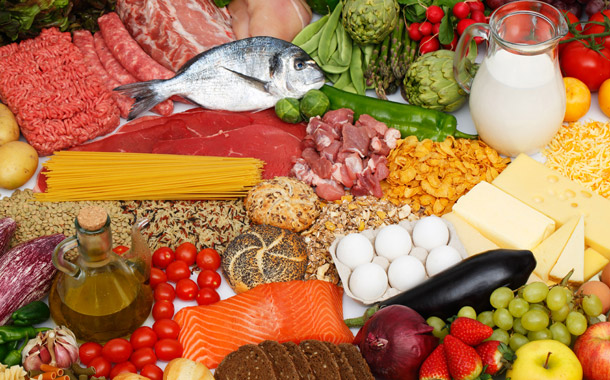 A few months down the line, no negotiation started in March. Brexit negotiation shall lead to a separation agreement that will be harder than one may think, especially because of its unpredictable aftermath.

The second wake-up call was Trump’s election to the White House. Clear favourite Clinton lost and outsider Trump won, reproducing the trend of Republican party presidential primaries.
The signals of a potential forecast reversal were clear. In the US, the result had been predicted by a certain number of observers and election polls, whereas in Europe nobody was expecting it.
The European blunder was eased by the fact that Obama’s policy, and supposedly Clinton’s policy as well, was very much “European” rather than American, in terms of methods and contents.

Two facts with a few points in common: a long global crisis, a weak and uncertain economic recovery, a strong decrease in employment and its failed upturn, the price of the crisis paid by middle classes and the obscure fear of immigration – all these factors had an impact on both sides of the Atlantic. In Europe, electoral uncertainties are growing – Presidential elections in France, general elections in the Netherlands and elections in Germany next September, while it is not clear yet whether and when elections are supposed to take place in Italy.
While Europe is waiting for Brexit negotiation, a domino effect triggered by the British vote and the rise of anti-Eu movements is greatly feared.

In recent months, Great Britain, still in the Eu, has been subject to all Eu regulations and there is no realistic understanding of Brexit impact so far. Gdp growth rate or employment dynamics do not depend on Brexit impact, while this might be the case for the British pound devaluation. Great Britain is getting ready for a divorce and shall untie its multiple bonds with mainland Europe that have lasted for about 40 years, despite the opt-out clause from the European Monetary Union and the Schengen Treaty. Mrs. May has undertaken contacts with non-Eu countries and intends to turn her country into the core of a large trade system which shall revive Commonwealth on the one hand and resume relations with its former Eu partners on the other, thus maintaining a market that would be positive for our producers.

In the US, Trump’s policy is strongly oriented towards isolationism on four aspects: immigration restrictions, a step back in trade treaties, incentives for the US industry and reinforcement of the military machine. It is too soon to thoroughly understand the developments of Trump’s policy; however, the non-ratification of the Ttp, anti-Mexico stop to Nafta and the criticism of Eu clearly reflect a change as well as restrictions on globalization.
Yet, they also reflect views that potentially diverge from those of Great Britain that needs strengthening its trade channels while leaving the Eu.

A return of protectionism is not unpredictable, also because the election year in Eu will be focused on Euroscepticism, an easy weapon to use against Eu as a faceless enemy. However, after the elections, there will be time for a new world order with large-scale alliances to be built – It is only when the crisis is over that the real game will be played.

Despite its strategic role, international trade in agricultural and food products accounts for a limited share, both in Eu/Great Britain relations and those among large trade areas. For instance, agricultural trade under Ttip between Eu and Us only accounts for 6% of world total with Gdp reaching 45%.

The cereals sector is stable – the world production of the three main cereals is growing and might reach new record levels. Wheat production is expected to reach 753 million tons, with an increase in trade and consumption that will not affect stocks.

In Italy, the situation is different; production is virtually stable if not decreasing, which is also due to smaller surfaces and slightly better yields. International trade shows negative values both for soft and durum wheat. Yet, the active profit balance of this sector is increasing thank to pasta exports, thus proving the sector’s capacity to promote processed products, even when they are obtained from imported raw materials. The trend is towards diversification in sources of supply where Eu-origin products are decreasing. Pasta exports reach Eu, Asia, North and South America and a large number of countries that are highly trade-oriented, where Italian pasta is highly competitive, but risks are significant and further accentuated by the problem of buying large amounts of durum wheat. 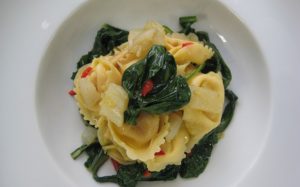 The supply chain is operating under uncertain conditions. Difficulties result from the need of getting out of the crisis as well as from protectionist pressures, as is always the case in times of crisis. That is how Brexit and Trump, as well as sovereignty and anti-Eu movements in Europe are easily explained, but they will not last long. If Italy leaves the Eurozone, its currency would immediately be devalued, which would give boost to exports at first, but it would subsequently increase costs of imported raw materials, even for the production of exported food.
Competitiveness due to devaluation would not last long.

Therefore, the solution is another one: diversification of productions and import and export marketplaces, focus on innovation and quality – a game that this sector can successfully play.

Healthy & tasty pasta: is it a possible mission?