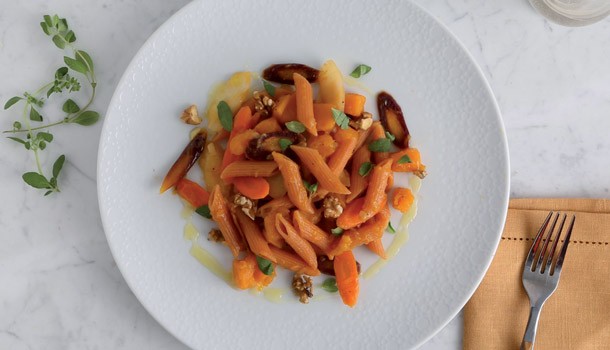 For some time now, the food industry has been focusing its attention on the alternative use of legumes, in many fields of application ranging from the manufacturing of pasta, to bakery, beverage, meat and to supplements.Particularly in the pasta sector, this innovation began about a decade ago, when the first formulations of pea flour appeared on the market.
Currently, there are numerous products on the market, both industrial and artisanal, which contain flour from legumes or their derivatives.
Pasta is simply to cooking, is an interesting source of slow-release carbohydrates, and has a low glicaemic index (GI).

How to obtain a good product using protein flours

As most cereals products, pasta is deficient in lysine and threonin, two of the eight essential amino acids. These essential amino acids can be found in other sources of vegetable proteins such as legume seeds. So, to enhance its nutritional composition, pasta can be fortified with non-traditional ingredients such as legume flours.
In this context, pasta is one of the most studied and most suitable product for the fortification and the production with legumes flour.
This for 2 reasons. First: it is of a nutritional nature; whereas the second reason is linked to the growing interest of consumers, who buy healthy products containing high fibers and proteins.

Grain and milling sector in India