In India, the Centre’s decision to allow duty-free wheat imports, on grounds of falling stocks and rising prices of wheat, even as Rabi sowing is in progress, has embarrassed many senior officials in the Union Agriculture Ministry.

The Ministry has been consistently maintaining that India had produced a bumper wheat crop in 2015-16, estimating the output at 93.50 million tonnes (Mt), up from 86.53 Mt in 2014-15. This was despite Government agencies procuring only 22.96 Mt of wheat in the last rabi marketing season (April-June), as against 28.08 Mt from the previous year’s crop.
«We have no role in the decision (to permit zero duty imports). The Consumer Affairs and Food, Commerce and Finance ministries are the ones that have pushed for it, saying this was necessary because of domestic prices are flaring up», a senior agriculture ministry official is reported to have said. 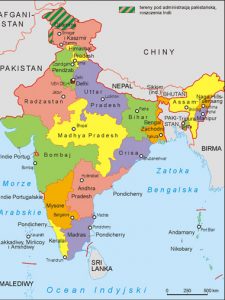 The Agriculture Ministry’s higher production estimates – disputed by the private trade, which pegged it much lower at 80-85 Mt in a drought year, aggravated by high temperatures and no winter rain – had led the Centre to raise the import duty on wheat from 10 to 25%.
The enhanced duty was first made applicable until March 31, 2016 and then extended up to June 30.

On June 17, the Central Board of Excise and Customs (Cbec) issued a notification continuing with the 25% duty «beyond 30.06.2016 and without an end date».

Oregano: the greener (is not usually) the better!