LAST NEWS
GMT+1 08:22
Home Editorial «If you eat pasta, you do not get fat», scientists and… athletes say

If you want to lose weight, giving up spaghetti and macaroni is useless, since if you eat pasta, you do not get fat. «Nothing new – says a well-known producer – Calories are written on the packs of pasta: 380 kcal per 100 grams. If you are on a 1,200 kcal/day diet, it is pretty obvious that this amount doesn’t make you get fat, to reach that level you need more».

The entrepreneur is really surprised by the impact caused by this topic which seems  quite obvious for him. And still, only recently the scientific evidence about the benefits of pasta, the so-called queen of first courses, has been reported in a research carried out by the department of Epidemiology of Irccs Neuromed in Pozzilli (Italy).

According to this research, durum wheat pasta is healthy food that helps keep weight under control. In fact, researchers showed that pasta consumption is associated to a healthier body mass index, a smaller waistline and a better waist-to-hip ratio. 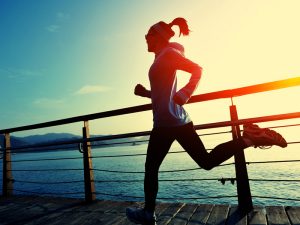 Researchers point out that «Pasta can and must be eaten in reasonable amounts». They remind us that it is normal to put on weight if one eats too much pasta. In order for this not to occur, pasta should account for 10% of daily calorie requirements: «On average, 55 grams a day for women and 70 grams a day for men».

Of course, one should be careful when it comes to sauces. «Sausage ragout is not a dietetic food» – underlines the above-mentioned pasta maker. Green light for simple sauces though, like tomato, oil and basil.

In a nutshell, maybe the fact that pasta does not make you put on weight was already known, but it is the first time that scientific and documented evidence is provided by one of the most authoritative international scientific magazines, i.e. “Nutrition and Diabetes”.
Previous studies had already shown that the Mediterranean diet is good for health, included weight control, but little was known about the specific role played by pasta. Now data by Neuromed research have filled the gap.

«People often think that pasta should be reduced when one goes on a hypocaloric diet – say the authors of this research. Some people even avoid it. Based on what we have verified, this is a wrong eating habit».

There is more to that. With (complex) carbohydrates, you can win the weight battle, but you can also win sport competitions. In fact, carbohydrates play an essential role in the diet of athletes, be they professional or amateur athletes. Michelangelo Giampietro, the Italian nutritionist and sports medicine physician, confirms it. He was health director of Italian teams for several disciplines at the 2016 Olympic Games. «Carbohydrate needs increase with increasing weekly hours and intensity of training – explains the physician. For the general population, carbohydrate need is approximately 2-3 grams per kilogram of body weight. For athletes, it is three times more (6-10g per kilogram). And it is even higher for marathon runners (10-12 grams per kilogram in the days before the competition), long-distance swimmers, triathletes or cyclists». 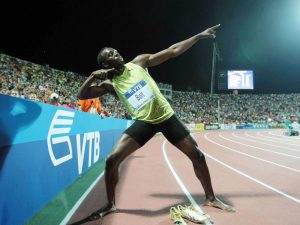 A blast from the past: Jesse Owens, a star athlete of the 1936 Berlin Olympic Games used to eat only pasta before competitions. He was given it by a friend from Little Italy.

This year, at the Rio 2016 Olympics, 2,700 kilos of pasta were served – 1,000 dishes a day. The official pasta supplier was Barilla. Pasta both at lunch and dinner for Federica Pellegrini (wholemeal pasta is her favourite), Filippo Magnini and Gregorio Paltrinieri. A light dish before training for gymnast Carlotta Ferlito and fencing stars Rossella Fiamingo and Arianna Errigo.

Around the world with a pasta plate