China will stop its corn purchase program and will let the market fix the price with the objective of improving its farm efficiency and reducing the gap between domestic and international prices that has led to a sharp increase in cheaper imports. 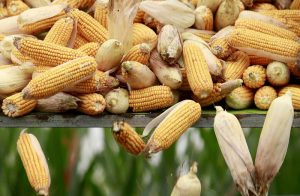 Instead of stockpiling corn, the Government will give producers subsidies and will encourage companies to buy the grain from farmers at the market price, according to a press release from the State Administration of Grain.

The purpose of this new policy, the most important reform in the Chinese grain sector in the last decade, is to improve the quality and efficiency of the Chinese agricultural sector within the framework of a “supply-side reform” or the reform of the supply policies (as provided for by the 13th five-year plan, approved in October 2015).

It may be costly for Beijing, as the falling corn prices will lead to a devaluation of its huge grain reserves, which account for more than half of the world’s stocks.

Moreover, as the domestic prices start going down to fall in line with the market, Chinese demand for imports of corn and corn substitutes are expected to collapse, hitting the major suppliers, i.e., the United States and Australia.

The new policy will take effect in the 2016/2017 market year, which begins in October.

Einkorn pasta would not help against diabetes