China has agreed to import aromatic basmati rice from 14 companies in India, opening a new vista for the country’s rice exports.
The companies include Lt Foods, maker of the Dawat brand, Krbl, maker of the India Gate brand, and Kohinoor Foods. 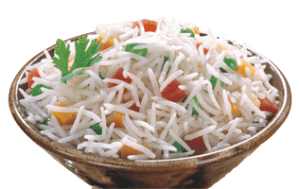 Five companies that wanted to export to China and were registered with the authority for phytosanitary certification, the National Plant Protection Organisation (Nppo), did not qualify and have been told to improve their quality before applying afresh.
China is one of the world’s largest importers of rice, but it had so far not allowed imports of basmati rice. Chinese prefer low aroma and shorter grain rice from India.
The Chinese had earlier claimed basmati rice consignments contained beetles and were unfit for consumption, an allegation Indian authorities have denied. The Chinese finally agreed to inspect all 19 basmati rice-making companies in India registered with the Nppo last September.
With this clearance, India can look to lower its trade deficit with China that has ballooned from $1.1 billion in 2003-04 to $52.7 billion in 2015-16.