«This is another year of ample world grains» says Igc

Members of the International Grains Council met on 13 June under the Chairmanship of Mr. Gaston Funes of Argentina.
The Council reviewed the latest supply and demand outlook and market developments for the global grains and oilseeds markets, recent changes in national policies and various administrative matters.

The Council’s latest forecasts for 2016/17, as detailed in the most recent Grain Market Report point to another year of ample world grains (wheat and coarse grains) supplies. 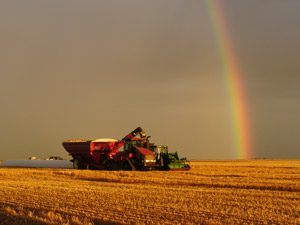 While unfavourable weather has resulted in some crop uncertainties recently, global production was still expected to be the second highest ever. Despite strong anticipated demand, a further accumulation of world carryover stocks was seen as probable at the end of the season.
Adverse weather led to smaller rice harvests in many Asian producers in 2015/16, but a recovery was anticipated in the coming year as growing conditions improve. Nevertheless, because of continued growth in consumption, rice stocks were projected to tighten again, potentially dropping to a seven-year low.
The Council noted that recent poor weather had downgraded 2015/16 soybean prospects in South America, but world production was still expected to be the second largest on record. Although planting of South America, next crop is still some months away, a rebound in output in that region could see 2016/17 production match the all-time high of two seasons earlier.
The Council took note of statements by observers from the Fao, Igtc, Oecd, Wfp and Wto. It also welcomed the participation of observers from China, and Taipei Chinese Separate Customs Territory.